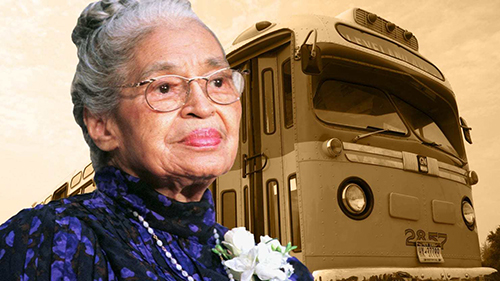 When is Rosa Parks Day?

Who is Rosa Parks?

Here at Need T-shirts Now we would like to take a moment and say Happy Birthday to the Late Rosa Parks. In some states like California and Missouri, her birthday is celebrated as Rosa Parks day. In some other states, they celebrate the day she got arrested on Dec 1, for standing up for civil rights by not giving up her seat on the bus to someone else because of the color of her skin. On that day she and others were told to move back a row of seats so that a Caucasian man could sit down. Everyone in the rows moved back except Rosa Parks, She refused. She was then arrested and fined for this and this is something that led up to the Montgomery Bus Boycott and also helped fuel the Civil Rights Movement. What she did took courage because and we applaud her on her special day.

The Bus boycott lasted 381 days and almost bankrupt the company. Eventually, the U.S Supreme Court ruled that Alabama and Montgomery's Bus Segregation laws were unconstitutional. The late Rosa Parks was born on February 4, 1913, and died October 24, 2005. What she did took courage because and we applaud her on her special day. 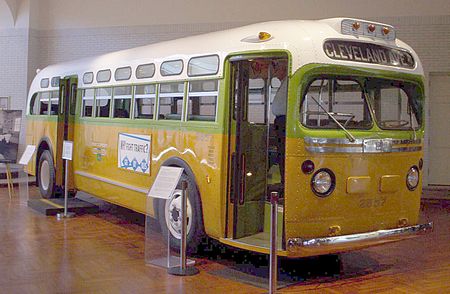 Did you know that the late owner of Lil Ceasars Paid Rosa park rent until she passed?

It is said that the late owner of the pizza franchise lil Ceasar moved Rosa parks into a safer home in Detroit after she was robbed and assaulted at the age of 81 in 1994. He went on to pay her rent until the day that she passed in 2005. Mike Ilitch passed away at the age of 87 in 2017.

If you have any comments please let us know in the comment section below. Also feel free to design a Rosa Parks custom t-shirt on our website