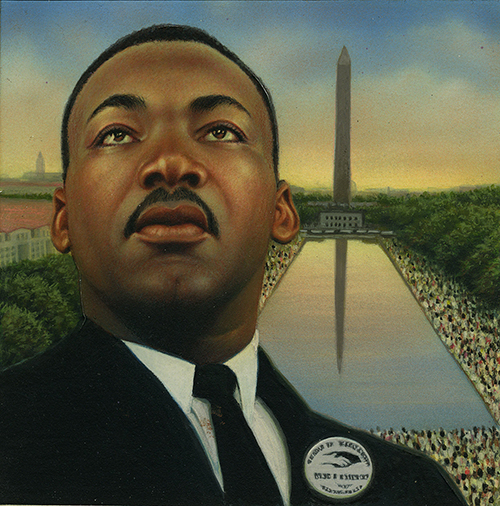 The late Dr. Martin Luther King Jr was a Minister and Activist. He was born January 15, 1929, in Atlanta Georgia. He was assassinated April 4, 1968, in Memphis Tennesse. He was the leader of the Civil rights movement until he was killed in 1968. He stood up for Americans that were being treated poorly. He was determined to change unjust and biased laws. He was also remembered for the bus boycott where African Americans were treated badly and forced to sit in the back of the bus. He led non-violent protests standing up African Americans rights. At the time the USA was mostly segregated. There were laws that forbid mostly African Americans from using the same restroom or drinking out the same water fountain as others. Simple things such as eating in the same restaurant were illegal.

Today in most places across the U.S you would think that was the craziest thing ever. Can you imagine hearing from someone that you are not allowed to eat at a certain place because of your nationality or religion? Unfortunately, you still hear of instances that this still may take place today but because of MLK, it is now illegal for this to happen.

Dr. Martin Luther King Jr is widely known for his popular " I have a dream Speach". He led over 250,000 people for a march in Washington D.C where he gave this speech in 1963.

I would like to thank you for reading and taking the time to understand why MLK day is a day that is deserved and a reason to remember how important it is to not forget what our country has come from and where we are headed.

If you have any comments or questions please feel free to let us know in the comment section below.